NAGOYA, JAPAN-June 22, 2016 – WonderPlanet Inc. (Director & CEO: Tomoki Tsunekawa) announced that puzzle RPG Crash Fever has been downloaded over 4 millions, and to celebrate this milestone, we will be running our “4 Million Downloads Celebration” from June 23rd. 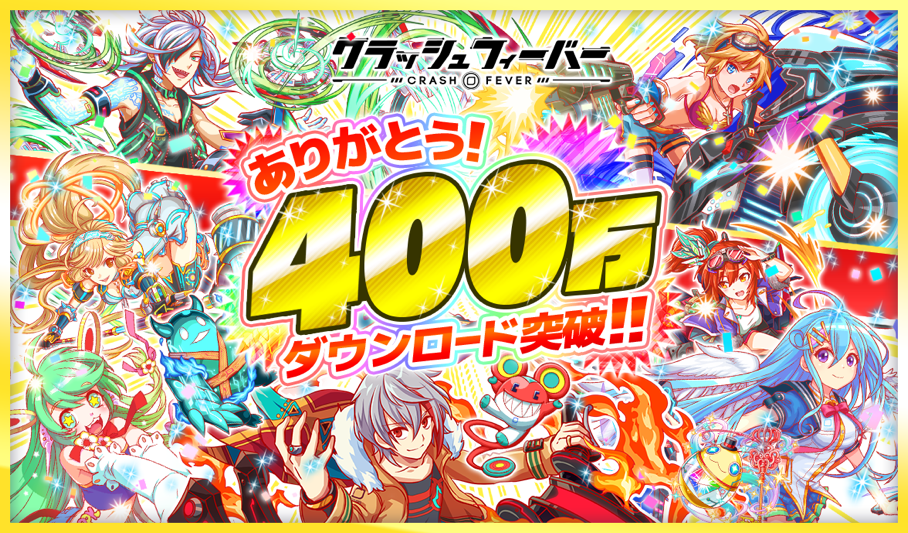 Crash Fever’s inviting virtual world provides a simple yet exhilarating game experience, where you break panels with a touch of your finger while listening to an awesome soundtracks.
Both the gameplay style, consisting of “accumulate, accumulate, then CRUSH all the panels in one go,” and a feeling of exhilaration, which along with our comical TV commercial have helped make this game a popular talking point. At the time of writing, our official Twitter account has reached over 150,000 followers.

During the “4 Million Downloads Celebration”, we will be launching a whopping 10 events giving both new players and veterans a chance to get polygons, play the 4 Million Downloads Blowout Event, get unit-enhancing materials, and more!