WonderPlanet kicks off month-long in-game event to commemorate global launch of hit puzzle RPG, to offer special Hatcher with up to over 30 free 30x pulls. 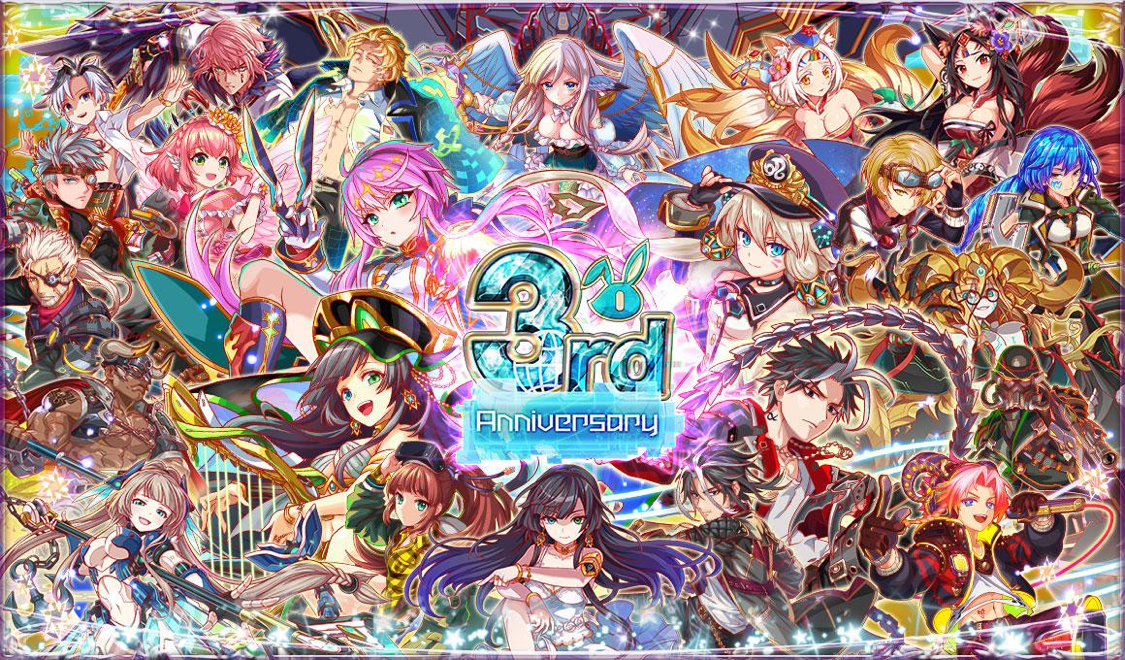 NAGOYA, JAPAN – September 30th, 2019 –WonderPlanet Inc., a developer and publisher of games for iOS and Android mobile devices, and lead by Founder and CEO Tomoki Tsunekawa, announced today a special in-game event to celebrate Crash Fever Global version’s 3rd year anniversary. The game was originally released on October 26, 2016. The festivities for the month-long celebration are scheduled to begin on October 1, 2019.

New Event Quests and Characters
Throughout the month of October, players can look forward to the release of never-before-seen Global-original quests and characters, exciting new regional quests, as well as the return of some classic quests from year’s past.

Limited “locked quests” will let players gather materials to help strengthen their characters. These locked quests can be played just once a day, but are easy enough for beginners to clear. Players can check in game for all of the latest information on new quests and returning quest availability.

Limited Edition Hatchers
No event would be complete without an array of special Hatchers. A free daily Hatcher will offer players a whopping 30 characters with each try. The excitement will continue to build with many more Hatchers in store, details will be released in-game all throughout the anniversary month. 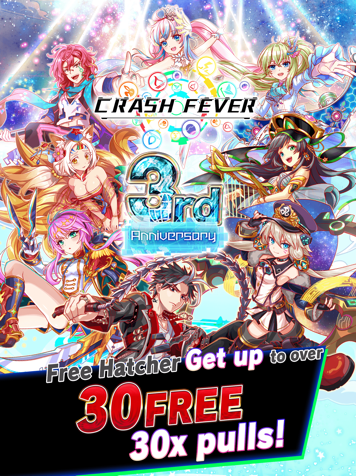 New Medals and Special Bonuses
Players will be able to collect new 3rd Anniversary medals, which they can then use to obtain chances at powerful Cost 65 units, some of the strongest units in the game.

3rd Anniversary medals can be obtained by clearing select new and classic quests, or simply by logging in each day. With a new Scratch Bonus, players will also have up to three additional chances each day to collect even more medals. By completing weekly missions, players can collect precious Polygons as well as 3rd Anniversary medals. 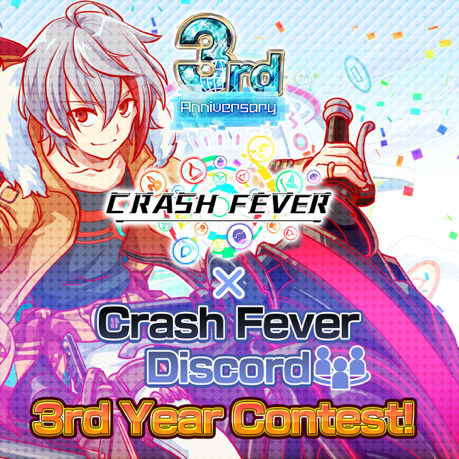 A new character popularity contest on Crash Fever’s social media will grant all players amazing rewards and more. We encourage players to log in for the latest event news and to follow our official Instagram and Facebook accounts for details.

Event content and or offerings may change without prior notice.

About Crash Fever
Set in a fantastic anime-inspired virtual world, Crash Fever is a puzzle RPG (role-playing game) offering a simple twist on match-style gameplay. To do battle and attack enemies, players instantly link and smash panels with just one touch. The game features both single and multiplayer co-op for up to four players. Players around the globe describe the game as “addicting”, “awesome”, and “super fun”. Crash Fever is free to download (with in-app purchases) for iOS and Android devices.

Worldwide Crash Fever has surpassed 10 million downloads (as of April 2018, across iOS and Android platforms) since it’s initial launch in July 2015. The game is free-to-play (with in-app purchases) for iPhone, iPad, iPod touch, and Android devices. Download it from the App Store and Google Play™. For the latest news about Crash Fever visit: https://www.facebook.com/CrashFeverEN/